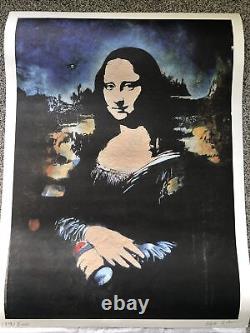 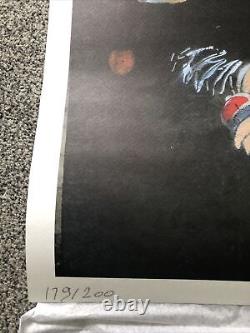 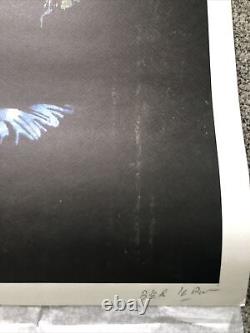 BLEK LE RAT - "Mona Lisa Spray Can" - Signed and numbered Rare Print 2012. His name originates from the comic book Blek le Roc, using "rat" as an anagram for "art". Blek le Rat's monochromatic stencils and irreverent riffs on pop culture and art history have greatly influenced contemporary street art; Banksy, in particular, has admired the artist's work. While Blek le Rat-whose real name is Xavier Prou-has produced stylized depictions of iconic figures such as the Mona Lisa and Princess Diana, he is best known for his signature stenciled rats, which began to appear around Paris in the 1980s. The French artist's work is inspired by the compositions of Old Masters such as Caravaggio, Michelangelo, Guido Reni, and Leonardo da Vinci. His street art has appeared in cities across the world, and he has exhibited in New York, London, Los Angeles, Melbourne, and beyond. Blek le Rat's recent output demonstrates a keen social engagement and focuses on issues of homelessness and marginalization in urban spaces.

This item is in the category "Art\Art Prints". The seller is "friendlyartcollector" and is located in this country: GB.