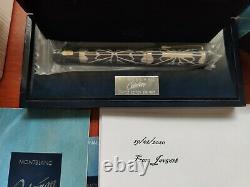 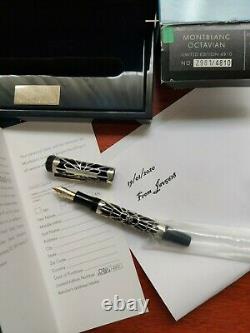 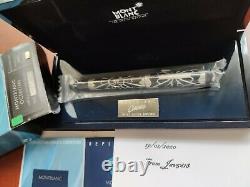 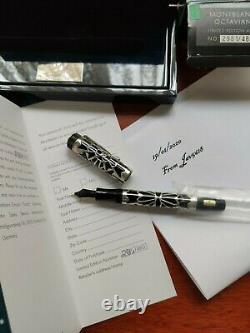 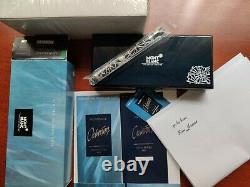 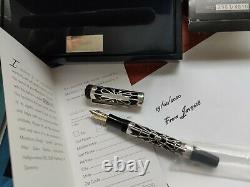 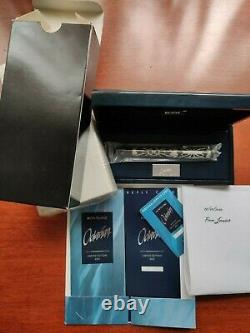 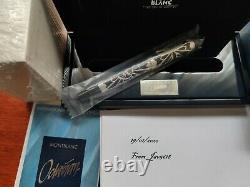 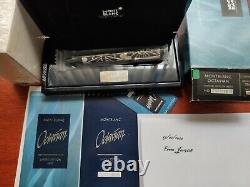 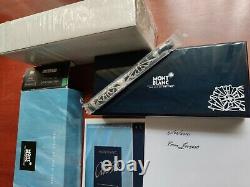 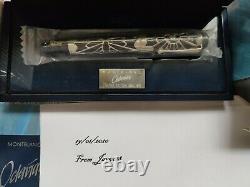 (BETTER THAN BOTIQUE FROM HAMBURG YOU WILL GET WHAT YOU SEE TODAY OLD AND DESIRED SPIDER STOCK AS SEALED ONLY A FEW PHOTOS) NEW, MINT, BNIB, OCTAVIAN MONTBLANC F. PEN IT NO NEEDS MORE COMMENTS, BNIB, PACKAGING, BOXES CERTIFICATES, BLANK GUARANTEES who wants all immaculate just these pictures ALL HOW YOU LOOK AT THE PHOTOS IMMACULATE, MINT, BLANK GUARANTEES, STICKERS, ADHESIVES who want one f. Pen virgin, not sealed but like it was just a few photos, f. Pen immaculate FOUNTAIN PEN LIMITED EDITION 4810 SERIAL NUMBER # 2981/4810 NIB:M. THE SECOND PATRON OF ART OF MONTBLANC FROM 1993 NEW, CERTIFICATES, BOXES, GUARANTEES, FULL PACKAGING MINT. He was born Gaius Octavius into an old and wealthy equestrian branch of the plebeian gens Octavia. His maternal great-uncle Julius Caesar was assassinated in 44 BC, and Octavius was named in Caesar´s will as his adopted son and heir, then known as Octavianus (anglicized as Octavian). The reign of Augustus initiated an era of relative peace known as the Pax Romana (The Roman Peace). The Roman world was largely free from large-scale conflict for more than two centuries.. GREAT PATRON OF ART OCTAVIAN L.

This item is in the category "Collectibles\Pens & Writing Instruments\Pens\Fountain Pens\Montblanc". The seller is "jav5618" and is located in Madrid. This item can be shipped worldwide.