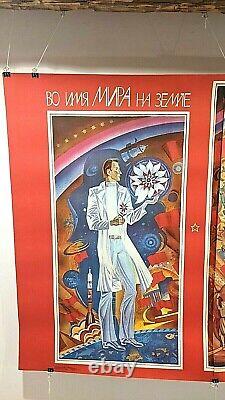 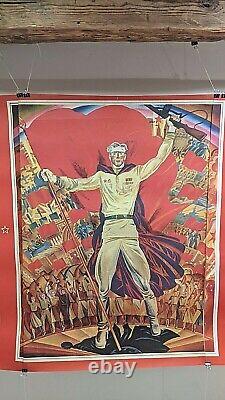 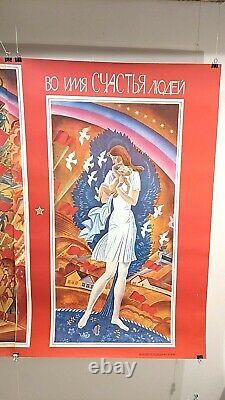 People's Artist of Russia. Honored Art Worker of Poland, Honorary President of AIAP UNESKO, Full Member of the Academy of Arts, Professor of the State Academic Art Institute named after V. He was awarded the silver medal of the M.

In 1953 he graduated from the Moscow State Art Institute. Since 1953, he worked in the field of socio-political, advertising and exhibition posters, addressed the topics of agriculture, industry, foreign and domestic policy, and made a series of posters dedicated to various sports. Collaborated with the publishing houses IZOGIZ, "Fine Arts", "Poster", "Sanprosvet". Until the mid-1980s, he collaborated with B.

The author of the posters: We have fulfilled the norm! ", "Build quickly, well and cheaply", "Clean, load, the deadline has come! " (all -1953), "Glory to the fighters of the Great October Revolution! ", "New buildings of the five-year plan, our miners greetings!

", "Throw a grenade accurately, if the bayonet is tight! ", "My beauties are good - everyone at the exhibition will like it!

(1957), The construction of shock Komsomol-youth facilities will be carried out on time! " (1958), "Raise the banner of proletarian internationalism! Became advanced, go help those who are lagging behind "(1959), " The Party leads us to communism!

(1983), "April 12, 1961" (1983), "1945 - Victory" (1984). Oleg Savostyuk has numerous posters for theatrical performances, where he most clearly showed his talent as a master of improvisation and impersonation. The cooperation of Oleg Savostyuk with the Bolshoi Theater turned out to be especially fruitful. He painted over 60 posters for plays and ballets. The Golden Age and The Bolt by Dmitry Shostakovich, Carmen by Bizet-Shchedrin, The Rite of Spring by Igor Stravinsky, the opera War and Peace, the ballets The Hussar Ballad, The Golden Age, Swan Lake, The Nutcracker ", "Ivan the Terrible", "The Seagull. Participated in republican, all-Union, foreign, international exhibitions and poster competitions.

The artist's works were exhibited in many cities of Russia - in Moscow, Irkutsk, Ulan-Ude, Voronezh, Penza, Lipetsk, Yekaterinburg, Kursk, as well as abroad - in Warsaw, Sofia, Paris, Budapest, Kuwait, Sweden, USA, Cuba and in many other countries. Paintings by Oleg Savostyuk are in the Tretyakov Gallery, the Museum of Fine Arts. Pushkin, the Museum of the Russian Army, the A.

Bakhrushin Theater Museum, in many large cities of Russia, as well as abroad - in the Warsaw Museum, in Sofia, London, Italy, Taipei, Tokyo; circulation and original posters - in the RSL, TsMVS RF, the State Museum of the History of Russian Literature named after V. Dahl, the Memorial Museum of Cosmonautics, the Museum-Reserve "Dmitrovsky Kremlin", the National Museum of the Kabardino-Balkarian Republic, the Nevyansk State Historical and Architectural Museum, Cherepovets museum association (CherMO), private collections in Russia and other untries. This item is in the category "Art\Art Posters". The seller is "originalfilm312" and is located in this country: UA. This item can be shipped worldwide.