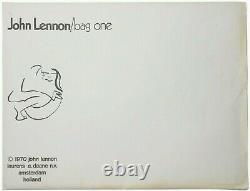 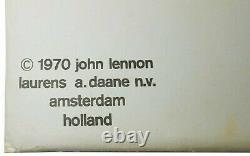 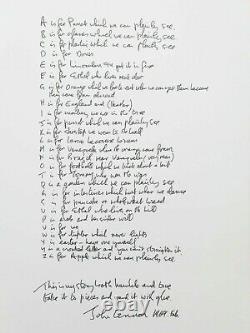 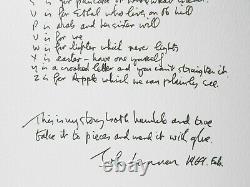 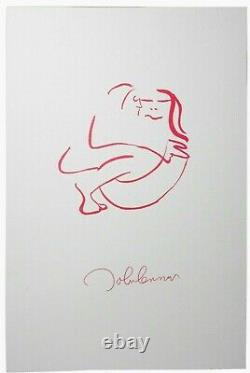 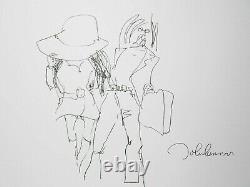 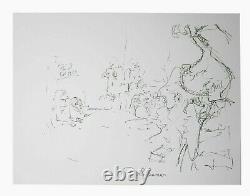 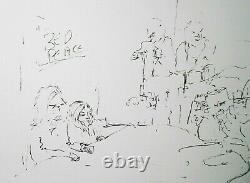 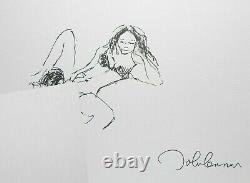 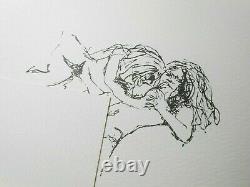 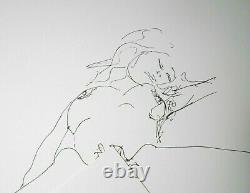 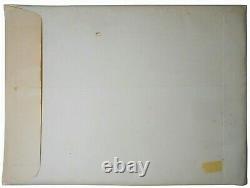 This is the original Du t ch, European horizontal format publication of John Lennon's'Bag One,' published in 1970 in Amsterdam, Hol la nd by Laurens A. And not the later Ame ri can, Cinnamon Press, vertical format published edition, that followed this earlier edition. The envelope's folded paper clasp was previously opened but the adhesive is still intact, with no paper adhering to the adhesive glued strip. The outside envelope doesn't have any corner folds, edge tears or splits and the bag isn't creased or suffers from stains, foxing or significant tanning. The white envelope is not signed or numbered but bears the printed lithographic image of an original drawing by John Lennon of he and Yoko Ono embracing in bed during their prolonged'Bed-In' or'Bed Peace,' which was a two-week political protest, taking place for one week in Amsterdam, Hol la nd and another in Montreal, Ca na da against the ongoing, bloody and seemingly never-ending U S War in Vietnam. A subsequent gallery exhibition in London, E n g l a n d, took only two days before Bobbies and agents sent by Scotland Yard, raided the London gallery opening featuring the original signed ink drawings of'Bag One,' from the world-famous co-founder of the B r i t i s h rock-n-roll band the Beatles, John Lennon. This is a full, complete set of fifteen (15) individual pieces, with thirteen (13) black and sepia brown ink lithographic prints after the infamous and often erotic original ink drawings, signed with printed facsimile signatures by John Lennon in the print's margins. Several of the lithograph prints are erotic but the original black and dark sepia brown ink drawings the prints were taken from, were later deemed by a B r i t i s h court to not be a'threat to the public and were unlikely to deprave or corrupt. Very scarce, especially in this kind of near pristine, close to immaculate and almost originally constituted original, published condition.

For a complete set to now be over 50 years old, this set would have to be considered to be in almost impossibly and miraculously well-preserved overall vintage condition. Very Good to Excellent overall vintage condition. This item is in the category "Entertainment Memorabilia\Music Memorabilia\Rock & Pop\Artists L\Lennon, John". The seller is "modsanctuary" and is located in this country: US.